We cook with kosher salt exclusively in the test kitchen with the only exception being flaky sea salt for finishing dishes. There’s a lot of heated debate about which is the best kosher salt and no doubt, our opinion will be controversial. That being said, we love all kosher salts for a variety of reasons including meltability, texture, size and ease of getting the perfect “pinch.”

What is Kosher Salt?

Kosher salt gets its name from the koshering process. Due to the large flake size of kosher salt, it’s often used in the process of koshering meat because it adheres to meat well and draws blood and moisture out of fresh pieces of meat.

To ensure it can be used in the kosher process and in kosher kitchens its manufactured under rabbinical supervision and kosher certified.

Table salt differs from Kosher in a few ways. The most obvious difference is in grain size. Table salt has much smaller, uniform crystals than kosher salt does. It’s what you can expect to find in most salt shakers.

Additionally, most table salt sold has iodine added in small amounts (one thousandth of one percent by weight). The addition of iodine is a preventative measure to avoid iodine deficiency that can cause developmental delays in children.

Another notable difference is that table salt makes food “salty” whereas Kosher adds saltiness but it also enhances the flavors of food. It makes the acidic tang of tomatoes pop, it brings out the vanilla in baked goods and caramels, it enhances the savoriness of grilled meats.

This addition of minerals gives sea salt a sort of “terroir.” For this reason we don’t cook regularly with sea salt. Additionally, it doesn’t have a consistent flake size, which can make it hard to convert measurements.

That being said, you can swap fine-grain sea salt with table salt 1:1. We don’t recommend using it in place of kosher salt, though if you need to, use the conversion table below and treat it like table salt. We also go into depth on the difference between Kosher Salt vs Sea Salt in this in-depth Ingredient Spotlight article.

Finally, let’s cover flaky sea salt. The beloved finishing salt that we do use frequently for finishing all kinds of dishes including salads, cookies, toast, and meats. It adds both crunch and a nice salty finish. We recommend Maldon sea salt instead of Fleur de Sel because large flakes add significant crunch and pops of saltiness.

What’s the Difference Between Morton and Diamond Crystal Kosher Salt?

The difference in these brands of kosher salt lie in the process by which they are formed. Both Diamond Crystal and Morton kosher salt pump water into underground salt beds to create a salt brine. They then pump the brine up to ground level—this is where the similarities end.

Morton starts by pumping the salt brine up into three-story tall commercial vacuum evaporators. The salt particles leftover from the evaporation are then pressed through high-pressure rollers and flattened into large, thin flakes. To achieve uniformity the salt is finally run through screens and then packaged.

Diamond Crystal uses a unique process known as the Alberger process to create its gorgeous pyramidal-shaped crystals. They’re the only US company to use the technique that was developed back in the 1880s (you can learn more about the process here).

Instead of vacuum evaporators they use a series of open containers to heat and agitate the brine. The agitation paired with the slow heating causes hollow salt crystals to form on the surface of the brine.

Through this process a variety of salt crystals are formed. Smaller crystals tend to adhere to larger crystals, which creates irregular shapes and sizes. What makes Diamond Crystal so unique is that they package the salt at this stage instead of flattening or flaking like Morton does. 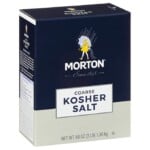 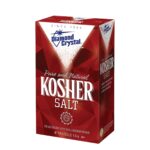 Is One Type of Salt Saltier Than The Other?

Depends on how you look at it. One type of salt can’t really be saltier than another type of salt since they’re all 100% sodium chloride (NaCl). That being said, food scientists at PepsiCo have found a way to reduce total sodium in snack foods without decreasing perceived saltiness simply by changing the size and shape of the salt crystals.

Furthermore, if you test saltiness by volume of salt you will find some salts are saltier than others. How? It all comes back to size and shape of salt crystal.

The likelihood that you’ll measure your salt by weight during cooking is slim. So we’ve done the testing and compared different amounts of salt by volume and weight so you know how to adjust depending on the type of salt you have.

The difference in crystal shape is what dictates the weight of salt by volume. The dense, flat and heavy flakes of Morton kosher salt layer together more compactly in a tablespoon measure than the hollow, pyramidal-shaped flakes of Diamond Crystal.

More concisely, 1 teaspoon of table salt, Morton kosher salt and Diamond Crystal kosher salt will not deliver the same amount of saltiness to a dish.

A good rule of thumb: the smaller the crystal size = the more densely it will pack into a measurement = the “saltier” it is by volume.

Diamond Crystal is favored by most chefs and cooking professionals for its delicate, crushable flakes that easily melt into a dish. Many cooks use Diamond Crystal because it adds a slight crunch when sprinkled over things like butter, roasted vegetables, cookies and salted caramel. (Though we just use flaky sea salt if we want some crunch.)

When comparing two identical recipes made with equal parts Diamond Crystal and Morton kosher salt, by weight, the difference is unrecognizable. America’s Test Kitchen tested two batches of chicken broth, one made with 1 teaspoon Morton and the other made with 1 ½ teaspoons Diamond Crystal—tasters couldn’t discern a difference.

This shows that when salt is added during the cooking process the shape and size of salt crystal rarely has an impact. The biggest thing is just knowing how to convert measurements depending on brand of salt you’re using (more on that later).

The only caveat—Diamond Crystal is known for sticking better to meat, making it a great option for seasoning large steaks, burgers, pork tenderloins, and more. (Just think about that gorgeous salty crust on a steak!)

All that being said, the difference in cooking the roles of these salts largely comes down to preference and how you’re using it.

We should also note, if you’re new-ish to cooking and still learning how to properly season things, Samin Nosrat makes a great point in her Cookbook Salt, Fat, Acid, Heat (2017), “the more quickly salt dissolves, the less likely you are to overseason a dish, thinking it needs more salt when actually the salt just needs more time to dissolve.”

This is where Diamond Crystal can be more user-friendly due to its ability to quickly dissolve into dishes. Though we would be remiss to not point out that Samin Nosrat now develops all of her recipes with sea salt because it’s more consistently salty by volume across brands.

If a recipe calls for table salt but you’d prefer to use kosher salt (we encourage you to do so) here’s a helpful conversion.

If you were to swap the kosher salt out for table salt you wouldn’t get nearly as nice of a crust as you would with kosher salt.

Our favorite kosher salt will surprise you. Here’s where we get controversial. We prefer to develop recipes using Morton Coarse Kosher Salt. The chefs and food-snobs around the world just gasped and disowned us. But if you’re still with us, here’s why.

We’re in the business of developing foolproof recipes. It’s not just about developing the perfect tomato soup or chocolate chip cookie. It means we do that and we have to consider what could go wrong in home kitchens across the world.

Let’s play this out—say we develop a recipe using Diamond Crystal and we call for 2 teaspoons. If you have Morton kosher salt in your kitchen and you add 2 teaspoons of salt you just over-salted your dish by a half of a teaspoon—not a small amount depending on what you’re cooking!

Flip that scenario and you’ve simply underseasoned your dish. Easy fix, season with more salt to taste. You can always add more salt, but you can’t remove it. 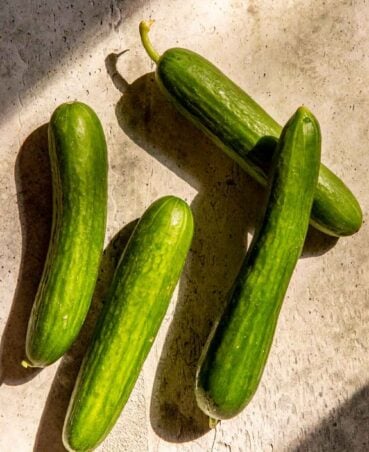 Persian Cucumber: What It Is and How to Use It 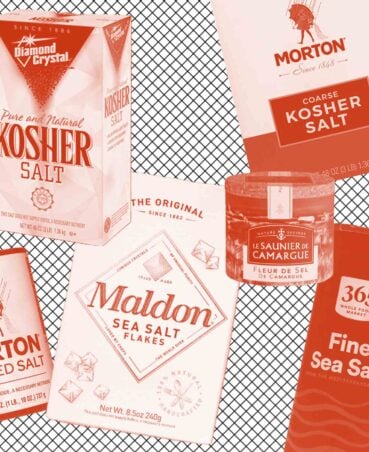 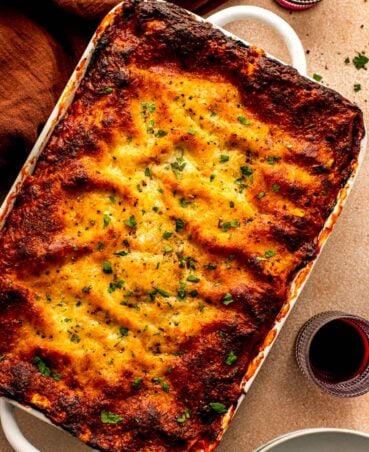 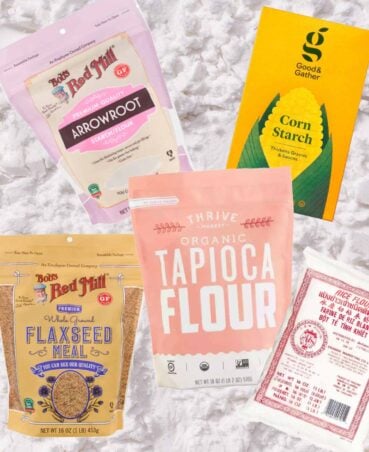 10 Cornstarch Substitutes in a Pinch