For some reason Tri-Tip and Brisket are two cuts of beef that seem interchangeable. Spoiler alert, they cannot be used in place of each other with success. But let’s dive into how they are different and learn more about each cut, especially Tri-Tip which seems especially obscure for much of the country.

What once was relegated to becoming ground beef, the tri-tip cut is now popular thanks to the Santa Maria area of California. The tri-tip cut, also known as bottom sirloin steak, triangle roast, California cut, or Santa Maria steak, comes from the very bottom tip of the sirloin. It can be sold as a tri-tip roast or cut down into tri-tip steaks.

Tri-tip roasts and steaks are both lean cuts. The roast has a triangle shape to it, while steaks are cut down into a rectangle shape. Both cuts are juicy and flavorful and are best cooked on the grill or roasted.

Where Does Brisket Come From?

Now let’s talk about brisket. This large cut comes from the breast area of the cow, situated under the first five ribs. The brisket cut can weigh anywhere from 8 to 20 pounds, boneless.

How to Cook Tri-Tip

In California, Tri-Tip is most often seasoned with “Santa Maria seasoning” which simply consists of granulated garlic, salt and pepper. The seasoned cut is then cooked over an open grill to medium-rare. This cut also does well when quickly seared then finished in the oven.

Due to not being incredibly marbled it’s key to cook this cut to medium-rare to slice it against the grain.

If you cut with the grain, you will turn a tender and juicy steak into something chewy and tough. To ensure you cut against the grain, we recommend you first cut the cooked tri-tip into two pieces. If you look closely, you’ll see the tri tip has two grain patterns, one running vertically and one running horizontally. Cut the steak into two where those grains intersect, then cut each half against the grain.

Sear the roast or steak in a cast-iron skillet or oven-proof skillet until browned on each side. Then transfer to a 350ºF oven and cook until it nearly reaches your desired doneness. Cooked this way, a tri-tip roast will take about 10 minutes per pound in the oven.

How to Buy Tri-Tip

Depending on where you are in the country, you will likely need to ask your butcher or meat counter to order a tri-tip roast for you.

Most Tri-Tip roasts will weigh in around 2 pounds while the steaks are generally clock in around one or one and a half pounds.

How to Buy Brisket

If a 20-pound brisket sounds intimidating, well, it should. That’s a lot of meat! Here’s what a full brisket looks like.

Luckily the brisket is often cut down into two separate cuts known as the Point Cut and the Flat Cut. Here’s what you need to know about each:

This portion is slightly leaner with the fat concentrated at the bottom. You can identify this cut by its nice square or rectangular shape. Because of the shape, it’s easier to slice. For these two reasons, this cut is generally more expensive.

This portion has more fat, which means more flavor. You can identify this cut by its triangle shape. Due to the high amount of fat, this cut is great for shredding.

How to Cook Brisket

The best way to think about brisket is to think of it like pot roast or beef stew—it likes a long cook time. Brisket is a tough cut of meat, and because of that a low-and-slow cook method is best. This type of method allows the tough connective tissue to break down and gelatinize, which creates a rich, buttery meat and silky broth or sauce. Braising, smoking, and curing are all great methods for this cut.

To cook a brisket, we recommend giving it a good sear first. This jumpstarts the development of flavor before it braises for a few hours. You can braise a brisket like you would a pot roast with vegetables and broth. And if you have a whole brisket, check out this recipe for Jewish-Style Braised Brisket.

This sponsored post is in partnership with the Iowa Beef Council. As always the thoughts, opinions, recipe, photos and content are all my own. 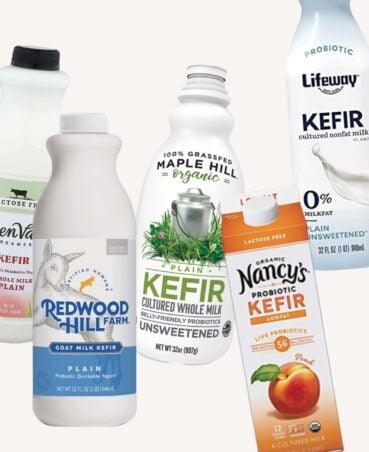 What is Kefir and How to Use It 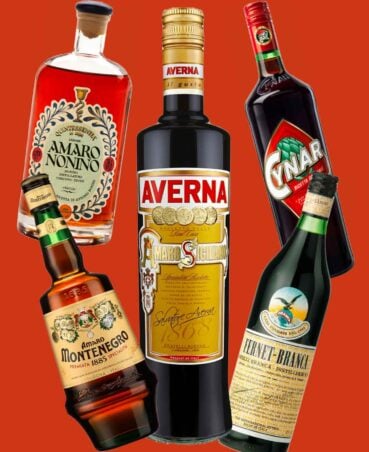 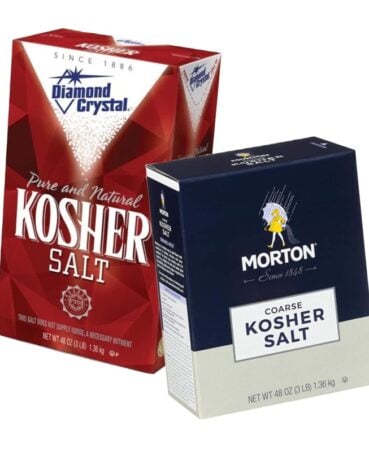 Everything You Need to Know About Kosher Salt 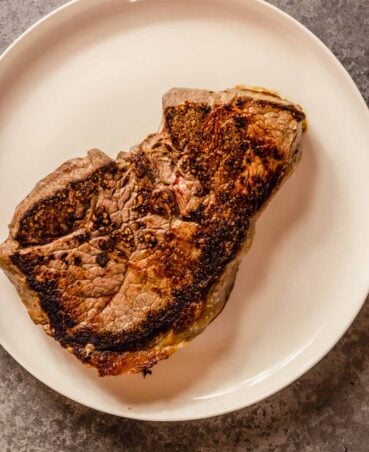