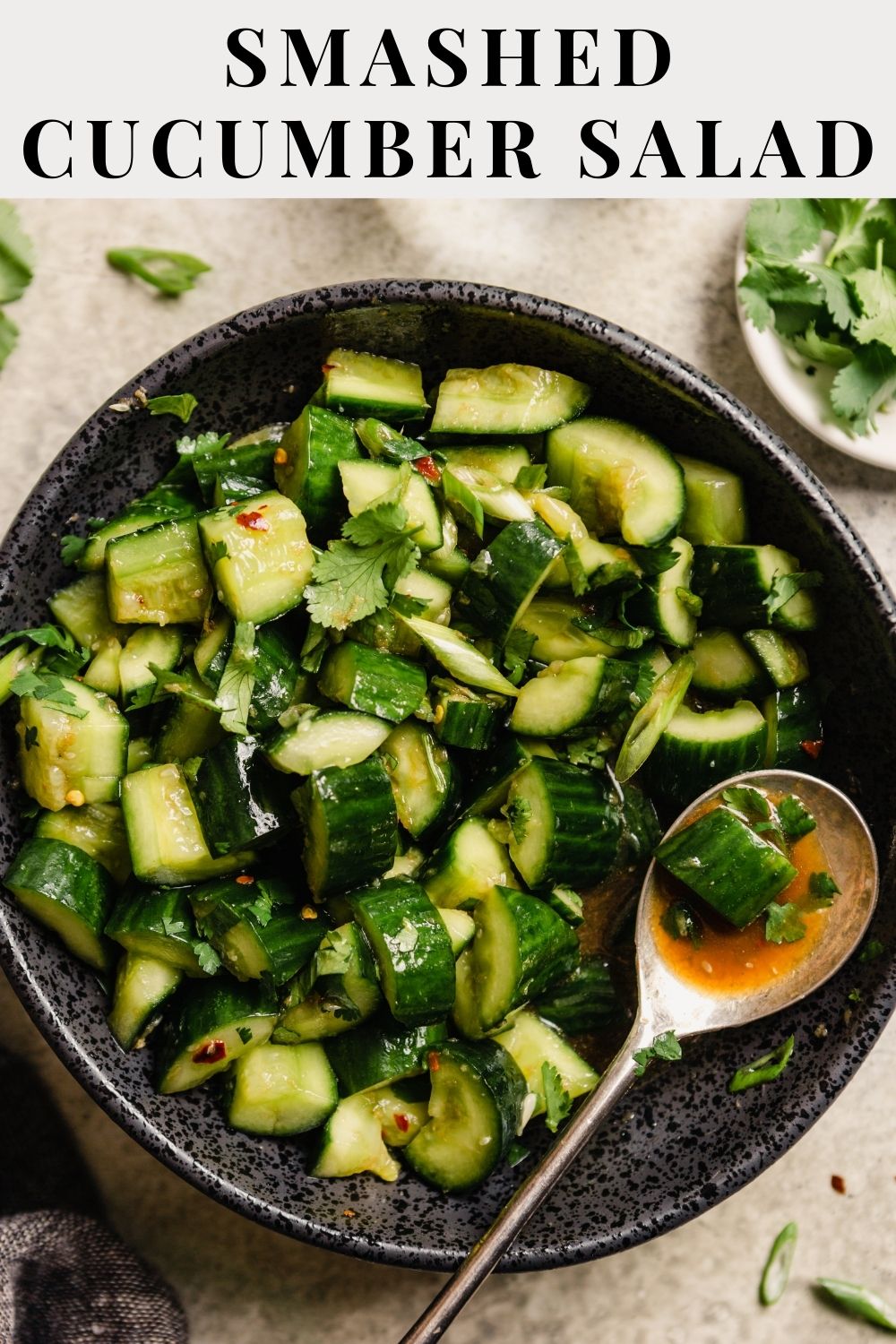 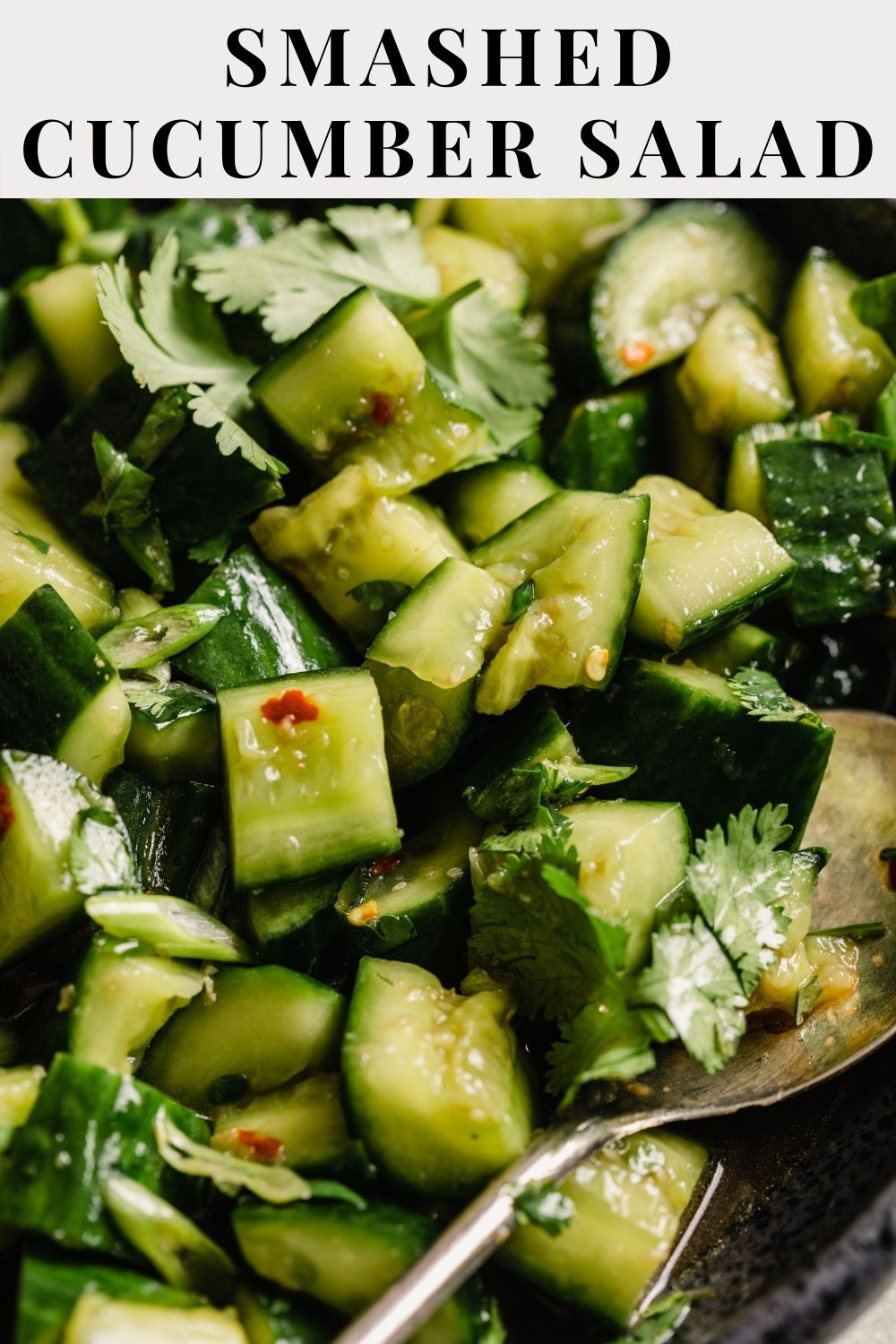 Smashed Cucumber Salad—a classic salad loved across much of Asian. Featuring craggy chunks of crisp cucumber and a savory toasted sesame dressing, this salad is flavorful, refreshing and so simple to throw together.

Smashed Cucumber Salad is popular across Asian, and each region does it a bit differently. My version is most closely aligned with the Chinese method, featuring ginger, garlic, scallions, and even some fresh cilantro.

How to make smashed cucumber salad

You can use a mallet, rolling pin, or the heel of your hand. I prefer to use the heel of my hand, because I have more control over the process that way. Cut smashed cucumbers into 1-inch chunks.

Place cucumber chunks in a colander set over a bowl. Toss with salt and let set 20 minutes. Salting the cucumber chunks and letting them sit will extract excess water. This method ensures a flavorful salad, one that isn’t watered down.

This dish is best served right away. If you want to prep this ahead of time, salt the cucumbers and let them sit (in a colander set inside a bowl) in the refrigerator until ready to serve. Prep the dressing a few hours ahead of time and set aside.

When ready to serve, discard the drained liquid and toss the cucumbers with the dressing. This cold dish is meant to be served, well, cold or at room temperature—not warm.

What kind of cucumbers should be used for this salad?

By all means, do your best to avoid using regular pole cucumbers here. Frankly, if they’re all you can find, I would recommend skipping this recipe. But if you really want to give it go with regular cukes, partially peel them and definitely seed them before smashing, salting and tossing with the dressing.

How to smash cucumbers

Smashing cucumbers is a classic technique used across much of Asian. And while it may feel counterintuitive, it actually creates craggy crevices which are perfect for holding on to the tasty dressing.

There are a variety of ways you can smash the cucumbers:

I prefer to use the heel of my hand and some body weight to smash the cucumbers. I find this method offers more control, and it allows for smashing the cucumbers without bruising them. Beware, this method can cause the cucumber to shoot it’s soft innards out (good, but messy)!

Because this salad is made with Asian staples, like soy sauce, sesame oil, and rice vinegar, it’s best to pair it with Asian-inspired main dish recipes.

Variations on this cucumber salad:

If you give this Chinese Smashed Cucumber Salad recipe a try, be sure to let me know! Leave a comment with a star rating below. You can also snap a photo & tag @zestfulkitchen on Instagram. I love hearing about and seeing your ZK creations!

On a cutting board, smash cucumbers using a mallet, rolling pin, or heel of your hand, until cracked and smashed.

Add cucumber, cilantro and scallions and toss to combine.

Season with salt and additional red pepper flakes to taste.

This side dish recipe is best served right away and cold or at room temperature. It can be made up to a couple hours ahead of, wait to add cilantro and scallions until right before serving.

GLUTEN-FREE: to ensure this salad is gluten-free, be sure to use certified gluten-free soy sauce.

VEGAN: use granulated white sugar, agave syrup, or maple syrup instead of honey. 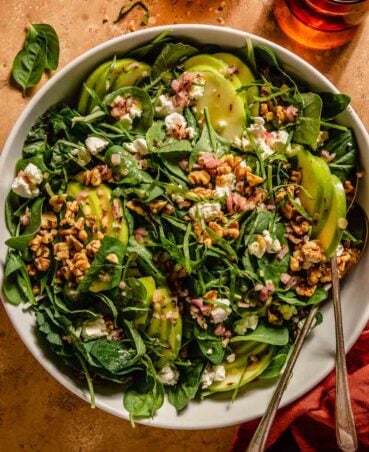 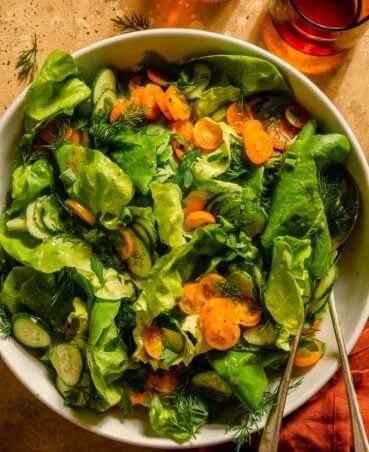 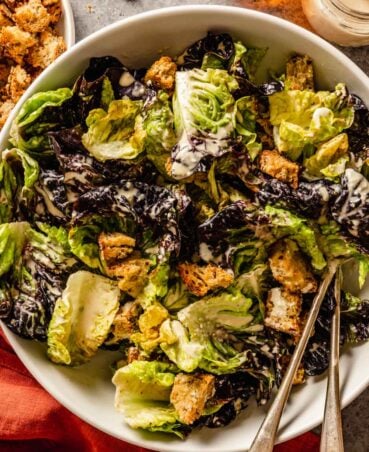 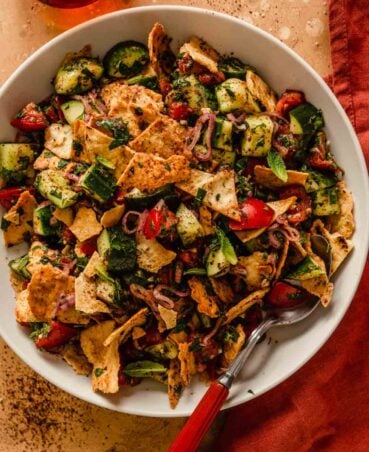