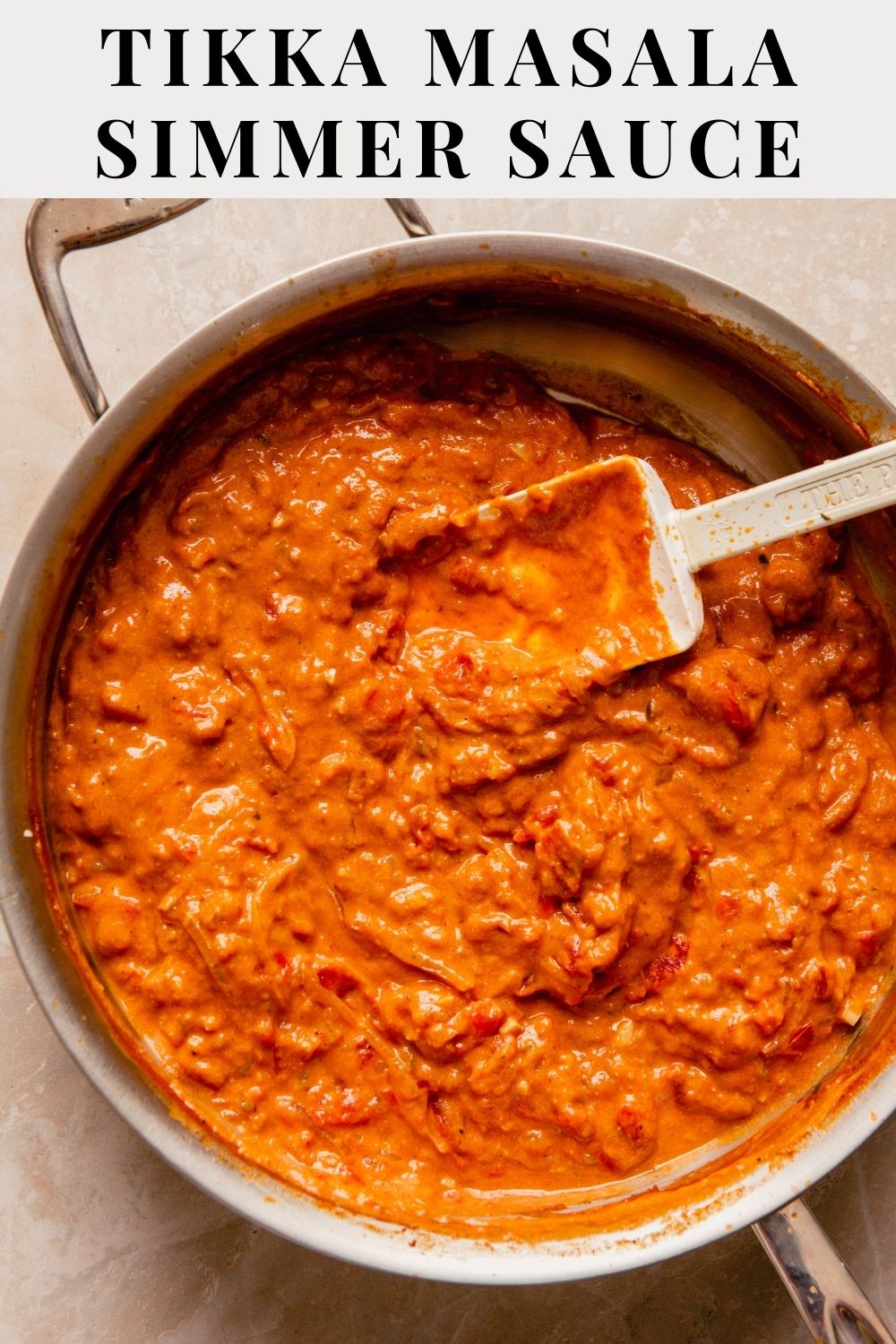 Creamy, authentic Tikka Masala Sauce—a simmer sauce you’ll want to keep on hand for quick anytime dinners. Make a big batch of this sauce and store it in the freezer for those nights you really don’t want to cook.

Reheat the sauce on the stove top and throw in some leftover cooked chicken, pork or lamb. Or keep it vegan by adding some golden brown tofu or tempeh. Absolutely delicious however it’s served!

WHAT IS TIKKA MASALA?

Tikka literally means “chunks of meat cooked on skewers” in hindi. An the Indian word masala often describes spice blends—though the blend and number of spices varies. Many of us assume tikka masala originated in India. However, some sources say it hails from Britain, while other say Scotland is tikka masla’s homeland.

HOW TO MAKE this TIKKA MASALA SAUCE recipe

One sauce, so many ways to use it! Once you have the sauce prepared, add bite sized pieces of your prefered protein. Charred and cooked, or partially cooked, meat is best, but you can also add the meat right to the sauce and simmer until cooked through.

How to add meat to this tikka masala sauce

Serve tikka masala over rice (this cilantro rice would be delicious!), with cilantro and naan bread, if desired.

This tikka masala sauce is already vegan. If you want to keep it that way, add crispy chunks of tofu or tempeh, shredded cooked jackfruit, or cooked chickpeas instead of meat. Make crispy tofu using this method. Swap out the ginger and cardamom for a combination of garam masala and coriander.

This tikka masala sauce recipe is a great addition to weekly or monthly meal prep. Make a big batch (double or triple it) and store in the freezer for super quick dinners any night of the week.

How to store tikka masala sauce

I recommend storing the simmer sauce in resealable zipper-lock bags. To do this, ladle the sauce into bags, seal and lay flat on a baking sheet. Freeze until solid, then remove sheet pan and store bags in the freezer until needed.

Tikka Masala sauce will last up to 6 months in the freezer, but is best used within 3 months.

Thaw the tikka masala sauce overnight in the refrigerator, or transfer frozen sauce from bag to a sauté pan and melt/reheat over medium.

Bring to a simmer then use as desired.

If you give this Tikka Masala Sauce recipe a try, be sure to let me know! I’d love to see how you used it.

Leave a comment with a star rating below. You can also snap a photo & tag @zestfulkitchen on Instagram. I love hearing about and seeing your ZK creations!

This Tikka Masala Simmer Sauce is creamy, flavorful and even vegan.  It’s great for meal prep—just add meat (or tofu), simmer and serve over rice. Store in the freezer and reheat whenever you need a quick no-stress dinner!

Add tomatoes with juices, crushing them with your hands as you add them (or use your kitchen shears to cut them in the can). Bring sauce to a boil, reduce heat, and simmer, stirring frequently and scraping up browned bits from bottom of pan, until thickened and deep in color, 15–20 minutes. Add coconut milk and simmer until thickened, 5–7 minutes.

Serve with rice, cilantro, and naan if desired.

Made with olive oil, this sauce is vegan. It’s also gluten-free.

Make it a full meal with meat: add charred chunks of cooked chicken (thighs) or lamb. Or add chunks of chicken thighs right to the sauce and simmer until cooked through. 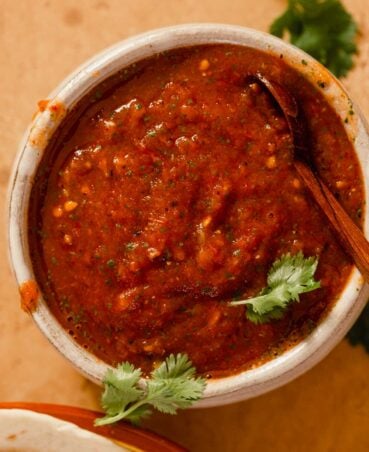 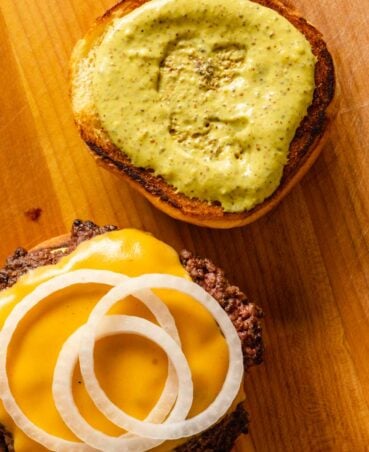 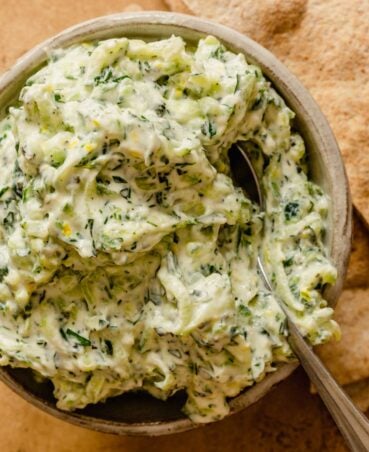 How to Make Homemade Tzatziki Sauce 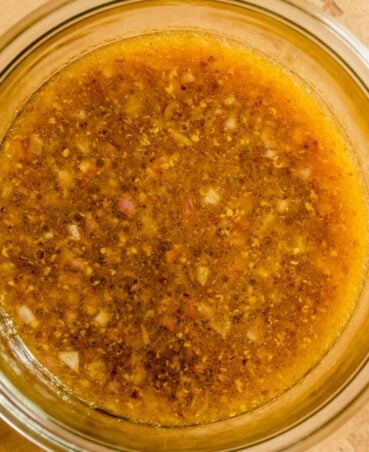 How to Make a Simple Mustard Vinaigrette Recipe