I usually have a BIG problem with people calling something the “best this” or the “best that.” But this French 75 recipe truly makes the best French 75 cocktail. The secret lies in infusing the cocktail with even more lemon than usual.

The French 75, or at least the one we know today, is a bright and refreshing boozy champagne cocktail. Boozier than your standard mimosa brunch cocktail, the French 75 is still very acceptable to drink before noon, at least in my opinion.

Today, the 75 is made by combining gin (or cognac), fresh lemon juice and simple syrup in a Champagne flute and topping it off with sparkling wine.

Where was the French 75 Invented?

It’s believed that the French 75 was invented at Harry’s New York Bar in Paris, France back in 1915. The French 75 is one of many classic cocktails to come out of that bar including the Sidecar, Bloody Mary and Monkey Gland.

The original cocktail was much boozier than the one often served today. The name is meant to compare the kick of the bozzy drink to feeling like you got shelled with a French 75mm field gun. The original drink was made with gin, apple brandy, grenadine and lemon juice.

What Makes This The “Best” French 75?

My version stays very true to the traditional cocktail by still featuring gin, lemon juice and a simple syrup. However, instead of a basic simple syrup I up the ante by making a lemon simple syrup.

To make the lemon simple syrup I use the “spent” lemon halves to infuse the simple syrup. To do this, the lemon halves are simmered with the sugar (or honey) and water for a couple of minutes. After that, the mixture is removed from heat and the lemons steep in the syrup until it’s completely cooled.

French 75 For a Crowd

Planning for a crowd and don’t want to be pouring drinks all night? Consider making a big batch of French 75s.

To make 8 servings in advance: combine 1 ½ cups gin, 1 cup fresh lemon juice, and ½ cup simple syrup in a pitcher. Cover and store in the refrigerator until ready to serve.

To serve, pour 3 ounces (6 tablespoons) of the cocktail into a champagne flute. Top with 2–3 ounces sparkling wine.

It’s best to make the simple syrup ahead of time so it can chilled before being served. Likewise, chill the lemon juice and gin if you can.

Alternatively, if you haven’t chilled the ingredients, you can shake the gin, lemon juice and simple syrup in a cocktail shaker with ice. Pour it into a champagne flute and topping with sparkling wine.

How to Make a Lemon Twist

Want to impress your guests with a fancy garnish on their cocktail rim? Adding a lemon twist is a simple way to bring the “wow-factor”.

You can also use a channeling knife which is traditional, and I think, easier!

Variations of the French 75 Drink

A light, effervescent, citrusy cocktail fit for any kind of celebration.

It’s best to make the simple syrup ahead of time so it can chilled before being served. Likewise, chill the lemon juice and gin if you can.

Alternatively, if you haven’t chilled the ingredients, you can shake the gin, lemon juice and simple syrup in a cocktail shaker with ice before pouring it into a champagne flute and topping with sparkling wine. 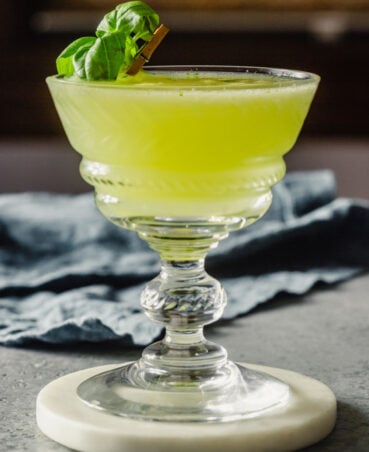 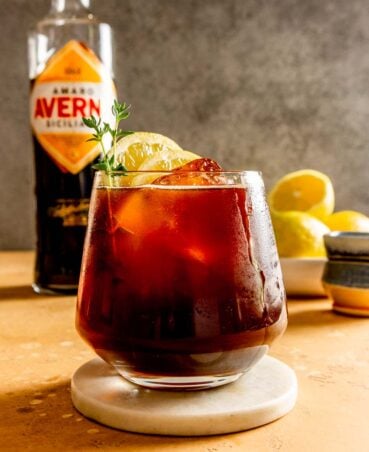 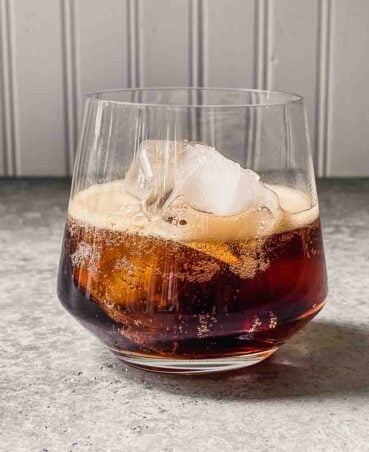 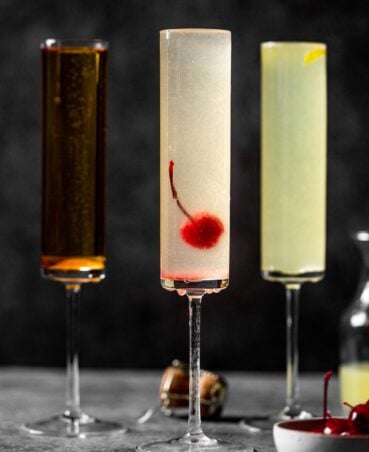