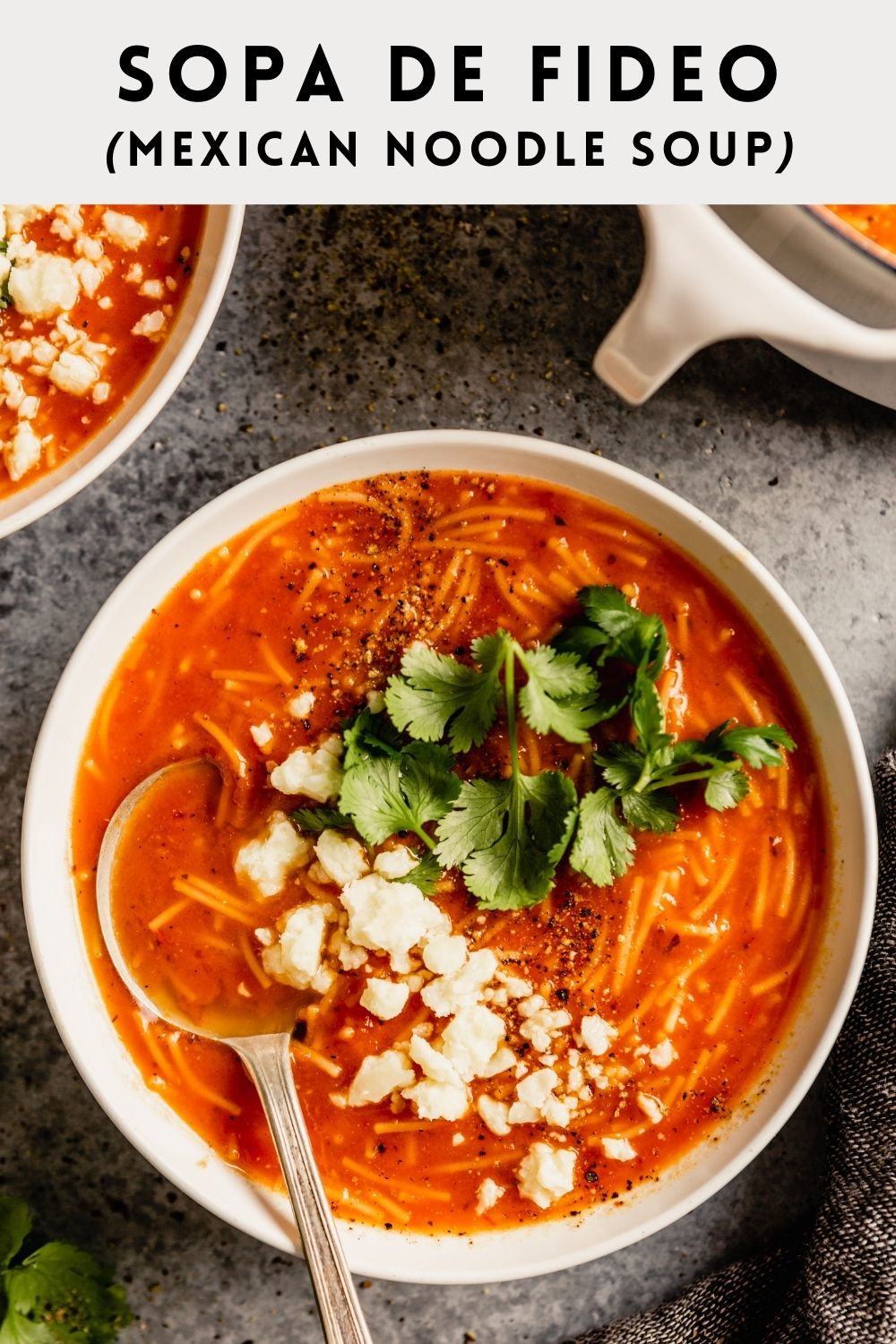 This mexican noodle soup features a simple ingredient list and spectacular flavor. When used well, a handful of pantry staples can truly shine. Sopa de Fideo is the ultimate lunch or dinner—quick cooking, healthy, and satisfying.

What is Sopa de Fideo?

Traditionally, fresh tomatoes are charred and then puréed to create the base of this soup, for a quicker more approachable version I use canned diced fire roasted tomatoes. To add even more toasty flavor, short durum wheat noodles (fideos) are toasted in oil before being cooked in the tomato purée and broth. This soup is simple, savory and so comforting.

What is fideo and can I use a different pasta shape?

Traditionally, sopa de fideo uses fideo vermicelli noodles. Fideos simply mean “noodle” in English and refers to a specific type of noodle resembling 1-inch-long thin spaghetti. You can find fideo noodles at most Mexican markets. You can sometimes find them in a grocery stores labeled as “Fideo Cut Spaghetti.”

If you can’t find fideo pasta, you can also use regular angel hair or spaghetti pasta broken into 1-inch pieces. Other small pasta shapes like shells and macaroni will also work, but I recommend using fideos if possible.

How to Make Sopa De Fideo

What to serve with sopa de fideo

If you give this Sopa de Fideo recipe a try, be sure to let me know! Leave a comment with a star rating below. You can also snap a photo & tag @zestfulkitchen on Instagram. I love hearing about and seeing your ZK creations!

Heat 2 teaspoons oil over medium heat in a large pot or Dutch oven.

Transfer onions mixture to a blender with canned tomatoes and juices and blend until smooth, 1–2 minutes.

Carefully add blended sauce (it will splatter) and cook 2 minutes. Stir in broth and 2 cups water; bring to a boil over high heat then reduce to a simmer over medium and cook until pasta is al dente and soup has slightly reduced, 5 minutes.

Vegan: to keep this vegan, skip the Cotija cheese and top the soup with shredded vegan cheese or diced avocado instead. 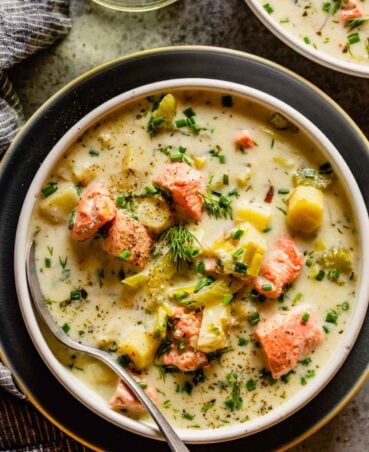 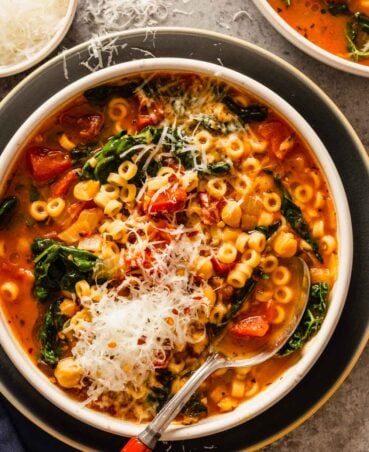 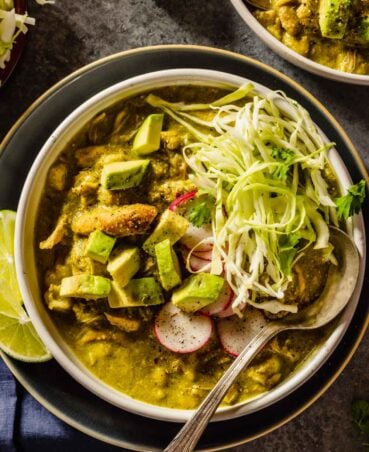 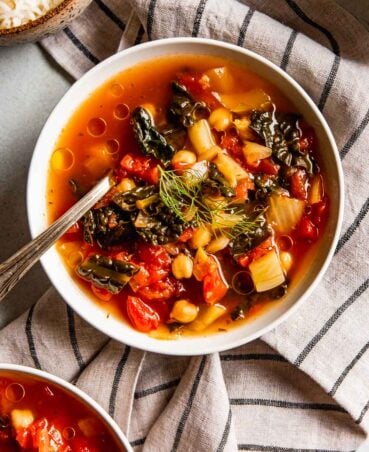